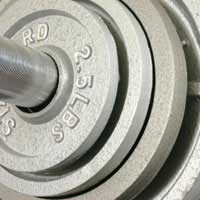 To the untrained eye, weightlifting can appear a straightforward test of brute strength, but the sport's apparent simplicity is deceptive. Weightlifting is, in fact, an extremely technical sport and requires concentration, timing, speed and power in equal measure.

Weightlifting was one of the sports contested at the first modern Olympics in Athens in 1896, although women's events were not added until the Sydney Games more than a century later.

There are now 15 events on the Olympic programme - eight bodyweight categories for men and seven for women. Men contest under-56 kilogram, 62kg, 69kg, 77kg, 85kg, 94kg, 105kg and over 105kg divisions, and women under-48kg, 53kg, 58kg, 63kg, 69kg, 75kg, and over-75kg divisions. The super heavyweight lifters generally claim the title of strongest man or woman in the world, but kilo for kilo the lighter weightlifters are often the strongest.

Lifting weights has been used as a basic means to measure strength and power for centuries and was present in both the ancient Egyptian and Greek societies. It developed as an international sport in the 19th century and the first world championships were held in London five years prior to the first Olympiad.

Pyrros Dimas is one of the most successful Olympic weightlifters of all time. He won Greece's first Olympic weightlifting title since 1904 in the 82.5kg bodyweight category at the Barcelona Games in 1992. Four years later he entered the Atlanta Olympics as the world record holder and broke the world record in both the snatch and the jerk to take the 83kg title, and he completed a hat-trick of gold medals in the 85kg class in Sydney. He added 85kg bronze at Athens in 2004.

Japan's greatest weightlifter, Yoshinobu Miyake, won two Olympic titles - as a featherweight in 1964 and 1968, having taken silver in the bantamweight class in 1960 - and is considered one of the strongest men ever, pound-for-pound. He set 25 world records, including 10 consecutive records in the snatch and nine consecutive overall records in the 60kg class.

The balance of power has shifted several times in Olympic weightlifting. France and Germany were successful at the start of the 20th century, but the USA and Egypt dominated in the late 30s and throughout the 40s. At the start of the 50s the Soviets began a reign that lasted three decades. China, Turkey, Greece and Iran have all had considerable success in recent Games, while China has been dominant in the women's events.