Rules and Format of Olympic Basketball 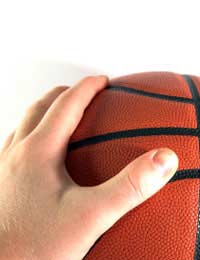 Few Olympic sports have been dominated by one nation in the way that basketball has been dominated by the USA. The Americans have won the men's tournament 12 times since it was introduced to the Games as a medal sport in 1936.

The Soviet Union scored a controversial 51-50 victory over the USA in the Munich final of 1972. USA celebrations began when the horn sounded to end the game with them 50-49 in front, but USSR coach Vladimir Kondrashkin convinced match officials he had called a time-out and no-one had heard him. Three seconds were added to the clock and, in the confusion, Aleksandr Belov rose unopposed to score the winning points.

Yugoslavia took gold in 1980 when the USA boycotted the Moscow Games, and the Soviets defeated the USA 82-76 in the semi-finals on route to the title in 1988.

Professionals were admitted in Barcelona in 1992 and a USA 'Dream Team' packed with National Basketball Association (NBA) stars like Earvin 'Magic' Johnson, Michael Jordan and Larry Bird gave a dazzling display on their way to gold. It was arguably the greatest basketball team ever assembled.

Even the American professionals are not unbeatable, however, as Argentina proved at the 2004 Games in Athens, knocking out the USA 89-81 in the semi-finals on the way to the title.

Women's basketball was added to the Olympic programme in 1976, and the USA's women have been just as dominant as the men. The Soviets won in Montreal and again four years later in Moscow, when the Americans boycotted, but the USA triumphed in five of the next six Games with only the Commonwealth of Independent States interrupting the successful run in 1992.

Basketball, one of the most popular sports in the world, is played in four periods of 10 minutes each at the Olympics, with five-minute overtimes if a game is tied. There are 12 teams in both the men's and women's basketball tournaments and, with the exception of the hosts and the reigning world champions, all have to qualify through a continental championship a year prior to the Games.

A three-point line, or arc, around the hoop allows three points for baskets scored from beyond 6.25metres and two points from inside that distance.

Funnily enough, despite the USA's dominance in the sport, basketball was the brainchild of a Canadian. James W. Naismith invented it in December 1891 while employed as an instructor at the International YMCA Training School in Springfield, Massachusetts - now Springfield College. Basketball was originally played with peach baskets, with an attendant on a ladder to retrieve the ball after a made basket. Naismith formed 13 rules, most of which still form the basics of the modern game.

Basketball was international by the 1930s and in 1932 the International Basketball Federation was founded in Geneva, Switzerland. It was on the Olympic programme in 1904, but was contested by American club teams and served as the Amateur Athletic Union of the USA Championship for that year, so was considered only an exhibition sport.