The History of The Paralympic Games 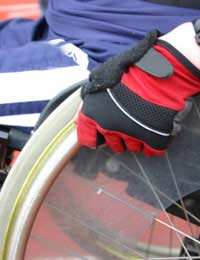 Although sports for disabled athletes have existed for more than 100 years, the history of the Paralympics is a relatively short one. The movement began on the day of the opening ceremony for the 1948 London Olympics - 28th July - when the Stoke Mandeville Games were held for the first time.

Towards the end of the Second World War, the British government had asked Dr Ludwig Guttmann to found the National Spinal Injuries Centre at Stoke Mandeville Hospital. Guttmann introduced sport as an aid for rehabilitation and remedial treatment as well as a form of recreation.

When Rome hosted the International Stoke Mandeville Games in 1960, it was the first time the same city had hosted both the Olympics and the Games for disabled athletes. This event has gone down in history as the first Paralympic Games.

Originally, the word Paralympic was a pun combining paraplegic and Olympic, but later, as other disability groups were included in the Games, the meaning changed. Paralympic now stands for parallel (from the Greek preposition para) and Olympic to illustrate how the two movements exist side by side, and Paralympics has been the official term of the Games since 1988.

Those first Paralympics in Rome attracted 400 athletes from 23 countries and the host nation topped the medal table ahead of Great Britain, but the Games were not without their problems. The athletes' village was not completely wheelchair-accessible and military personnel stepped in to assist as athletes had to be carried up and down stairs.

At the Toronto Paralympics in 1976, specialised racing wheelchairs were introduced and events for amputees and visually impaired athletes were held for the first time. Some nations withdrew due to apartheid South Africa's participation, yet the number of athletes competing grew to 1,657.

Four years later in Arnhem, Holland, there were events for athletes with cerebral palsy, and at Seoul in 1988, Paralympic athletes competed in many of the well-constructed and well-designed facilities used previously for the Olympics.

The huge strides made by the Paralympic Games in a relatively short space of time was demonstrated at the Athens Paralympics in 2004. There were 3,806 athletes from 136 nations in Greece, and 304 world records and 448 Paralympic records were set as China topped the medal table. The Games attracted almost as many media representatives, with 3,103 of them, including 68 broadcasters, and the Paralympics were watched by a record number of viewers all over the world.

Great Paralympians Past and Present
Share Your Story, Join the Discussion or Seek Advice..
Take a look at "Debra Brandewie" from 1988 Seoul games. From the Dallas Morning News: "Going into the Paralympics, Brandewie was the world-record holder in her vision class (B3) in the 100-meter backstroke, the 400-meter individual medley and the 400-meter freestyle. When she left Seoul, she had set eight world records, including six in individual events. Visually impaired athletes are divided into three classifications ranging from B1 for the totally blind to Brandewie's class."
hoolio - 22-Mar-12 @ 8:06 PM
Title:
(never shown)
Firstname:
(never shown)
Surname:
(never shown)
Email:
(never shown)
Nickname:
(shown)
Comment:
Validate: