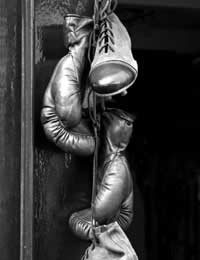 The enduring story of Olympic sprinters Eric Liddell and Harold Abrahams was told in the Oscar-winning film Chariots of Fire, released 57 years after the 1924 Games in Paris. Liddell, a Scottish rugby union internationalist, was arguably the pre-eminent sprinter of the age, but his religious convictions prevented him competing in the 100 metres as its scheduling would require him to break the Sabbath.

It meant Abrahams, the son of a Lithuanian Jew, was Britain's best hope for gold in the blue riband event. At the Antwerp Games four years earlier, Abrahams had been eliminated in the second round of the 100m, but in Paris he set the fastest qualifying time in his heat and successfully negotiated his quarter and semi-finals. When he lined up for the final, Abrahams had replaced reigning Olympic champion and world record holder Charles Paddock of the USA as favourite.

As Liddell watched from the stand, Abrahams ran the race of his life to win gold in an Olympic record 10.6 seconds and become the first Briton to win the prestigious 100m crown. The Cambridge University student later revealed he had been spurred on by the increase in anti-Semitism in England at the time.

Just what Liddell might have achieved in Paris had the Olympic schedule been different is open to conjecture. As well as turning his back on the 100m, Liddell rejected the chance to compete in the 4x100m and 4x400m relays in order to avoid running on a Sunday. Britain won silver in the 4x100m, helped by Abrahams, and bronze in the 4x400m.

It left Liddell to concentrate on the 200m and 400m. Abrahams was favourite to complete the sprint double in the 200m, but was last in the final as Liddell won bronze. American Jackson Scholz, the 100m silver medallist, won in an Olympic record 21.6secs with Paddock second.

Liddell's unorthodox running style - he threw his head back to an almost unnatural angle and let his arms flail with no obvious rhythm - was not considered suitable for the 400m, but he qualified from his heat in 50.2secs, won his quarter-final in 49.0secs and went faster again, 48.2secs, to win his semi-final.

Standing in his way in the final was American Horatio Fitch, who had run an Olympic record 47.8secs to win his semi. Liddell, drawn in the outside lane, flew through the first 200m in 22.2secs and was three metres clear of fellow Briton Guy Butler. He could not be caught and broke the tape five metres clear in an Olympic and European record 47.6secs, with Fitch second and Butler third.

Liddell, born in China to Scottish missionary parents, turned his back on sport the following year - aged only 23 - to serve as a missionary in China. He died of a brain tumour in 1945.

Middleweight Harry Mallin was unbeaten in more than 300 bouts as an amateur boxer when he made his way to Paris for the 1924 Games. Britain has never had a hotter favourite for Olympic gold.

The London policeman was already an Olympic champion, having claimed the middleweight crown four years earlier in Antwerp, and had won five Amateur Boxing Association (ABA) Championships in succession.

Yet the 32-year-old was stunned in his controversial quarter-final against Frenchman Michel Brousse in Paris. Brousse attempted to bite Mallin's arm in the second round. In the third round, the Englishman did not escape, as Brousse bit into his chest and threw a vicious right hand at his chin.

Mallin kept his composure and was confident he had won well at the final bell, but he informed the referee of the foul in any case, showing him the wound. Incredibly, for the first time in 14 years of competition, the decision went against Mallin.

An official protest was lodged and, while the jury sat, boxers from every competing nation except France refused to enter the ring until a decision had been made. The protest was upheld, Brousse was disqualified and angry scenes followed as the Frenchman's supporters fought a running battle with the gendarmes.

Mallin went on to retain his title, defeating fellow Briton Jack Elliott on points in the final, and retired from the sport with his unbeaten record intact. He died in 1969.