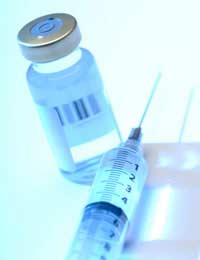 Olympic champions had to undergo drug testing for the first time at the 1968 Games in Mexico City. There was something vaguely comical about the first drugs disqualification - Swedish modern pentathlete Hans Gunnar-Liljenwall tested positive for excessive alcohol - but there has been little to laugh about since in the battle against drugs cheats.

Canadian Ben Johnson is the most notorious drugs cheat of them all. At the Seoul Games in 1988, Johnson won the 100 metres in a world record 9.79 seconds, leaving defending champion Carl Lewis trailing in his wake. But then Johnson tested positive for the anabolic steroid Stanozolol. He was stripped of the Olympic title and world record and was sent home in disgrace. American Lewis was given the gold medal.

It is a pity that the scandal became the abiding memory of the Seoul Games, yet Johnson is by no means the only high-profile culprit. It was only in December 2007 that American sprinter Marion Jones - the first female track and field athlete to win five medals at a single Olympics - was stripped of the three gold and two bronze medals she won at the 2000 Sydney Games after she admitted to using steroids.

At the 2004 Athens Games, 26 athletes were disqualified for violation of the IOC anti-doping rules, yet it can be argued that the high number had less to do with an increase in cheating and more to do with new measures introduced to catch the cheats.

On 4th February 1999, the World Anti-Doping Agency (WADA) was formed to oversee how drug testing is carried out across sports, and on 21st August 2001, Montreal in Canada was chosen as the agency's permanent headquarters. Testing procedures for prohibited substances are constantly evolving. At the 2000 Sydney Games, tests to detect erythropoietin (EPO) - believed to have been widely used in endurance sports - and blood tests were performed for the first time.

At Copenhagen in March 2003, the World Anti-Doping Code was signed at the World Conference on Doping in Sport. It represented an important milestone in the fight against doping, as the IOC insisted that all International Federations sign the code prior to the Athens Games or risk exclusion. Governments were also called on to accept the code and sign it.

A total of 3,667 anti-doping controls - 2,926 urine and 741 blood tests - were conducted in Athens. That was 25 per cent more than in Sydney four years earlier and resulted in 26 violations of anti-doping rules compared to the 11 in Sydney. In addition, athletes are increasingly subjected to out-of-competition testing and sanctioned when there is a suspicion of foul play, such as repeatedly being unavailable to give urine samples.

The battle between WADA and the drug cheats will rage on in Beijing, with new human growth hormone (HGH) tests due to be scientifically validated in time for the Games in August. HGH is believed to be one of the most widely abused performance-enhancing drugs in sports, but it has been hard to detect. The existing test, introduced at the Athens Games, has been implemented on a limited scale and has yet to yield any positive results.

HGH, a hormone synthesized and secreted by cells in the anterior pituitary gland located at the base of the brain, plays a key role in bone, muscle and organ growth. WADA claim that tests carried out with the newly developed antibody kits will expand the HGH detection window beyond the 48 hours after it has been injected, thereby improving on the efficiency of the existing test. The IOC's message is clear: zero tolerance for cheats.