The Olympic Games and Violence 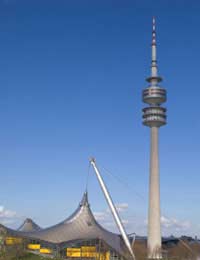 At 4.10am on the 5th September 1972, Palestinian terrorists entered the Olympic Village in Munich and raided the Israeli team headquarters at 31 Conollystrasse. The terrorists murdered wrestling coach Moshe Weinberg (33) and weightlifter Yosef Romano (32) as they attempted to escape and took another nine Israelis hostage, demanding the release of 236 political prisoners.

A worldwide television audience watched in horror and a crowd of around 80,000 onlookers built up around the scene as the drama unfolded over the next 21 hours. It culminated in a shootout at Fürstenfeldbruck military air base. All nine Israeli hostages, a German policeman and five of the eight Black September guerrillas were killed.

The Olympic truce had been brutally violated and serious questions were raised about the handling of the crisis by the Munich police.

Incredibly, as the tense stand-off between terrorists and police was played out in front of television viewers, the Games were allowed to carry on. The crisis had raged for six hours when the Olympics resumed with canoe and kayak heats. An hour later International Olympic Committee president Avery Brundage announced: "The Games must go on."

It was not until 3.51pm, more than 11 hours into the crisis and after the Egyptian basketball team had refused to play their match against the Philippines, that the Games were eventually suspended.

Meanwhile, the police and German government bungled attempts to rescue the hostages. A bid to storm the building was abandoned when it became clear the terrorists could follow what was happening on television.

When the terrorists requested a jet to fly them out of Germany, a plan was hatched to lay on a decoy plane filled with police. But just seconds before two helicopters containing the terrorists and their hostages landed at Fuerstenfelbruck airport, police aborted the mission, claiming they were not trained for the task.

Only five police snipers were positioned at the airport and when they opened fire on the terrorists, German police officer Anton Fliegerbauer was killed by a stray bullet. Armoured police cars called in late as reinforcements were caught in traffic as crowds clogged the roads in an effort to see the drama.

The terrorists killed the athletes by throwing a grenade into one helicopter and firing a round of bullets into the other. The victims were wrestlers Mark Slavin (18) and Eliezaar Halfen (24), wrestling referee Yosef Gottfreund (40), weightlifters David Berger (28) and Ze'ev Friedman (28), weightlifting coach Yaakov Springer (50), shooting coach Kehat Schur (53), fencing referee Andre Spitzer (27) and athletics coach Amitzur Shapira (40).

In a final, cruel twist, government spokesman Conrad Ahlers claimed the operation had been a success and this message was relayed to the world by the media. Hours later the disastrous truth emerged.

Five of the Palestinian gunmen were killed and three captured, but the survivors spent just 53 days in German custody and were never tried. On 29 October, 1972, a Palestinian commando hijacked a Lufthansa jet, which had taken off in Beirut, and demanded the release of the captured guerrillas. The German authorities caved in quickly and the terrorists were handed over to Libya in exchange for the freedom of the hostages.

Israeli assassination squads hunted down and killed two of the surviving Munich terrorists, but the third, Jamal Al Gashey, is alive and in hiding in Africa after surviving numerous attempts on his life.

As for the Munich Games, they were suspended and a memorial service was held in the main stadium. In defiance of the terrorists, the IOC ordered the competitions to resume after a pause of 34 hours.