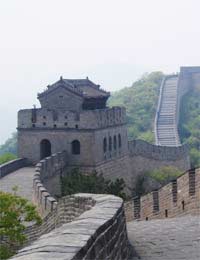 Air pollution is a problem in Beijing, yet fears it would disrupt the 2008 Olympic Games evaporated as the Games took place under relatively blue skies. There were legitimate concerns, given that Beijing was ranked as the 13th most polluted city in the world in 2004 and problems had since been exacerbated by the large amount of building work in the city, some of it generated by the Games themselves.

The International Olympic Committee (IOC) had insisted there was no health risk to athletes, but had warned there was a possibility some events, such as the marathon, open water swimming and triathlon would have to be postponed or rescheduled to a time of day when pollution levels were lower.

Ethiopian Haile Gebrselassie, the marathon world record holder, did withdraw from the marathon in Beijing. He has asthma and was afraid China’s air pollution would damage his health if he ran such a long distance, so competed in the 10,000 metres instead.

Cleanest Air in a Decade

Yet efforts made to clear the skies over Beijing for the Olympics paid off, according to the city’s environmental authority. China’s capital had its cleanest air in a decade, and the Beijing Municipal Environmental Protection Bureau said the improvement was largely the result of temporary measures that banned cars from the roads and closed factories during the Games.

The environmental authority claimed the density of major pollutants was cut by 45 per cent in August. There were 14 days with the best air quality (level one) and only one day rated at the worst quality (level three). Typically, Beijing has less than a handful of days with level one air quality.

To accommodate the athletes, city officials removed two million vehicles from the roads, stopped almost all construction and shut down scores of factories for a two-month period from July until after the Paralympics on 17th September. The air in Beijing is typically two to three times more polluted than in most Western countries, but these measures saw the levels of major pollutants like carbon monoxide, sulphur dioxide and nitrogen dioxide fall to levels normally found in cities in developed countries.

The measures were temporary, however, and did not counteract the root problem of pollution. New cars are added to Chinese roads at a rate of 1,000 each day and a rising number of families are buying second cars.

Air pollution was not the only environmental threat to the Beijing Olympics, as the Chinese had to clear tonnes of algae that was blocking the Olympic sailing course in the eastern city of Qingdao.

The People’s Liberation Army sent in 10,000 troops to lift over half a million tonnes of the thick, heavy weed from the coastline. China claimed the algae are a rare, though naturally occurring phenomenon, but environmentalists blamed pollution. A protection zone was set up using a boom and netting and the clean-up allowed Olympic sailing teams to train and compete in Qingdao’s waters, but in other areas the bright green algae polluted the beaches.