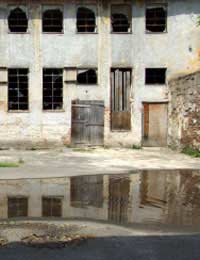 The Games returned to Paris in 1924 and the 3,092 athletes were accommodated in an Olympic village for the first time. Unlike the poorly attended event of 1900, spectators flocked to the 60,000-capacity, custom-built Colombes Stadium.

Incredible Finn Paavo Nurmi won the 1500metres in an Olympic record of three minutes and 53.6 seconds, and an hour later he won the 5,000m final in another Olympic record (14mins 31.2secs). He went on to claim three more gold medals - in individual and team cross-country and 3,000m team race.

American Johnny Weissmuller, who was later to become an actor famous for his role as Tarzan, was the star of the pool. He won three golds - the 100m and 400m freestyle and 4x200m freestyle relay - and a bronze in the USA waterpolo team.

British track stars Harold Abrahams and Eric Liddell, whose fortunes were portrayed in the 1981 film Chariots of Fire, each won gold; Abrahams over 100m and Liddell over 400m.

The Olympic motto Citius, Altius, Fortius - faster, higher, stronger - was used for the first time, and the ritual of raising three flags - of the IOC, the host nation and the next host nation - was introduced to the closing ceremony.

The Olympic flame was first lit during the opening ceremony in Amsterdam, and the Germans, absent in 1920 and 1924, returned in 1928. Athletics and gymnastics were finally opened to women and female participation was double that of the 1924 Games. The first women's event in athletics was the 100m, won by American Elizabeth Robinson.

Canadian Percy Williams became the third man to win the Olympic 100m and 200m sprint double, while the Finns once again dominated the longer distances on the track. Nurmi added 10,000m gold to his haul from Paris and was second behind countrymen Ville Ritola in the 5,000m and Toivo Loukola in the 3,000m steeplechase. Harri Larva won the 1500m.

The Great Depression that followed the Wall Street Crash of 25th October 1929, meant that a quarter of the United States' workforce - 13 million people - were unemployed when the Los Angeles Olympic Games got underway in 1932. Only 1,503 athletes from 37 nations made it to the 10th Olympiad, and not since 1904 had participation levels been so low.

Nevertheless, the opening ceremony at the expanded LA Coliseum was attended by 100,000 people - the biggest sporting attendance in history at the time - and the athletic events attracted 70,000. The Games were the first to have a mascot - a dog named Smoky - and the first to make a profit. The next Games to make a profit were also in Los Angeles, 52 years later.

The events were packed into 14 days in 1932 and this was adopted as a standard for the future, as every Games until 1928 had stretched at least 79 days. The three-tiered podium made an appearance, and American swimmer Helene Madison was on top of it three times. She won the 100m freestyle in an Olympic record 1:06.8 - just two-tenths of a second outside her own world record - the 4x100m relay and the 400m freestyle in 5:28.5, smashing her own world record by 2.5seconds.

The German Chancellor Adolf Hitler opened the 1936 Games in Berlin and intended to use them to prove his political and ideological theories. Germany rose to the occasion; 4.5million tickets were sold and Germans won 33 gold medals compared to only three in 1932, but the illusion of Aryan racial superiority was shattered by an African-American called Jesse Owens.

The first torch relay carried the Olympic flame 3,000 kilometres from Olympia to Berlin, and the Games were the first to be filmed and transmitted on big screens throughout the host city.