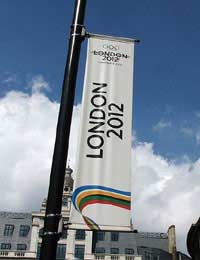 London 2012 has promised the International Olympic Committee (IOC) it will deliver the first sustainable Olympic and Paralympic Games. The city’s sustainability plan is based on the WWF/BioRegional concept of ‘One Planet Living’, which encourages people to live within the world’s resources.

This is not happening in the United Kingdom at present. In fact, if all the world’s population lived as we do in the UK in 2010, it would take three planets’ worth of resources to support us. The London 2012 sustainability plan – ‘Towards A One Planet 2012’ – focuses on five key themes:

London 2012 is committed to using venues that already exist in the UK where possible and only making permanent structures that will have a long-term use after the Games. Temporary structures will be built for everything else. The aim is to use the Games as a catalyst to encourage more sustainable living across the whole of the UK and for the regeneration of and improvement of quality of life in East London.

The Olympic Stadium, a unique facility, is an excellent example of how the sustainability plan works in practice. For the first time, a major Olympic Stadium has been designed to cater both for the Olympics – when an 80,000-seat athletics stadium is needed – and for after the Games, when London is more likely to require a smaller, multi-purpose venue. Key features include:

This marks the start of a new approach to the design and engineering of stadia for the Olympic and Paralympic Games and other major sporting events. These measures led to a 50 per cent reduction in the carbon footprint of the stadium against the original, more conventional concept design.

In addition, the contractors have contributed to significant reductions in the carbon footprint of the stadium in the following ways: